While the ongoing global shift towards the electric car industry has certainly helped it secure an excellent position, Tesla has always been a unique company. Ever since Tesla first joined the stock market over a decade ago, it's been a constant roller-coaster ride with wild swings and unexpected drops. But for those long-term investors who decided to hold on and ride the Tesla wave, it turned out to be an extremely wealthy journey.

Is Tesla A Tech Company?

Originally founded in 2003, Tesla is an electric car company based in California that is helping transition from our reliance on fossil fuels by revolutionising batteries and power storage. Each year the company normally sells around 500,000 vehicles, with a record 140,000 vehicles sold over the third quarter last year. Despite that being less than 1% of total auto sales in the global market, Tesla's net worth is still much more than any other traditional automaker. Tesla's model for current market cap is roughly worth more than the combined value of BMW, Ford, GM, Toyota, Volkswagen, Hyundai, Honda, and Daimler.

One of the main reasons Tesla appeals to so many investors is because it is so much more than just a company that sells electric cars. Tesla is actually an extremely successful tech company whose value comes from its wide variety of different revenue streams and business segments. The company has branched out from the electric vehicle market and into battery power storage and solar panels, as well as the creation of a revenue-generating network of Superchargers and charging stations all over the world. So rather than looking at other automakers, investors should be comparing Tesla with tech service providers like Apple, Samsung, Roku, and Tinder.

How Much Is Tesla Worth?

When Tesla stock originally went public back in 2010, it was priced at $17 USD a share. That same stock in January 2021 was worth an astounding $816 USD a share and that's even after a 5-for-1 stock split that boosted the number of shares in circulation, which is far above many analysts’ target price at a percentage gain of more than 900%. As the worst of the pandemic caused havoc to global financial markets, Tesla delivered five profitable quarters consecutively and then joined the prestigious S&P 500 index in December. Tesla's share price skyrocketed to a market value of over $830 Billion, making it the largest addition to the index in history.

Tesla Inc. has long benefited from the defiant optimism of investors who continually lavish cash on tech companies. But the phenomenal rally in the price of Tesla stock over the last 12 months was most likely fuelled by the combination of reasons such as ultra-low interest rates, improving fundamentals, increasing derivative bets, and confidence in CEO Elon Musk. Tesla also delivered around 500,000 cars last year, as sales rose by more than 35 percent compared to the year before. Ultimately, Tesla's market capitalization means it is currently the fifth most valuable publicly traded company on Wall Street behind Apple, Amazon, Microsoft, and Google’s Alphabet.

There’s currently more than a dozen competitors who are already in the process of designing and manufacturing their own electric vehicles which will be on the market sometime over the next couple of years. These companies will most likely have a much more influential impact than anything else Tesla has experienced in the past. Because not only will growing competition see a decrease in demand for Tesla vehicles, but fewer regulatory credits will be allocated to the company.

It was initially announced in 2014 that Apple intends to design and build their own electric vehicle from scratch for delivery by 2024. Known as Project Titan, Apple has since stated that their goal is to create a vehicle for consumer use on the mass market. Their plans seem to be in contrast to other rivals such as Google Alphabet, who have released plans to create self-driving electric taxi vehicles as part of a ride-hailing passenger service called Waymo. While the bulk of their competition will likely have access to more cash and can afford to take larger risks, Tesla has over a decade of experience with EVs and batteries.

With Tesla shares currently worth around 24 times the total amount in sales, it certainly seems dramatically overvalued using conventional measures. In fact, even Elon Musk himself tweeted earlier this year that the Tesla stock price was far too high. Most Tesla critics not only believe that it is overvalued, but that stocks are set to plunge soon along with the rest of the market. Most likely because fears are growing regarding the newly discovered COVID-19 strains popping up all around the world. So if it is overvalued, just how much is Ttesla worth?

That being said, the soaring stock price of Tesla does have some basis in reality considering the impressive growth of the company which has been consistently profitable ever since late in 2019. Most people who invested in Ttesla justify their choice to bet on the stock by looking at things like world-leading battery technology and recently consecutive profitable quarters of the company which proves the long-term viability of electric vehicle products. Tesla fans have also suggested that the meteoric stock market rise is likely based on the potential future of the company. Like Tesla's ancillary services, which could eventually become worth considerably more to the company than the total of all electric car sales.

The Road Ahead For Tesla

Looking ahead at Tesla's value in 2021 and beyond, analysts seem to be split. Some short sellers who lost millions betting against it believe that Tesla stock is only worth a fraction of its current price are predicting a collapse coming soon. Whereas other bulls are expecting much more growth to come in the future thanks to upcoming developments with battery storage and self-driving software.

More immediately, the price of Tesla’s stock has already benefited from President Joe Biden winning the 2020 Election as he’s been quite vocal about green energy initiatives and wants to dump Trump policies. Bidens stimulus includes the creation of 1 million new jobs within America’s auto industry and investment in EV charging stations, which would both be great for Tesla’s bottom line. So, while market share has already been accelerating rapidly, having a more climate-friendly administration in power could make many initial estimates look quite conservative.

Should You Invest In Tesla Stock?

Most investment experts will advise you to spread your funds across a number of different companies rather than investing everything in a single stock. And before you decide whether or not you should purchase Tesla stock, it’s always a good idea to evaluate your current financial situation as well as consider any long-term goals for saving.

Remember that despite Tesla being quite popular and well-known, there are no guarantees you’ll make any money because all stock is susceptible to unpredictability. Otherwise if you’re feeling pretty confident in Elon Musk and his vision for the future of his company, investing in Tesla could be profitable. Is Tesla really worth billions? Maybe. Just don't say it’s a bubble. 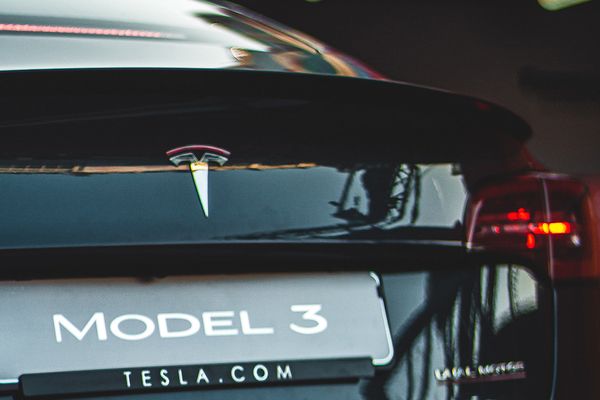 Let’s face it. The world is becoming more and more focused on sustainability and the emergence and popularity of electric vehicles is more prominent than ever in the car 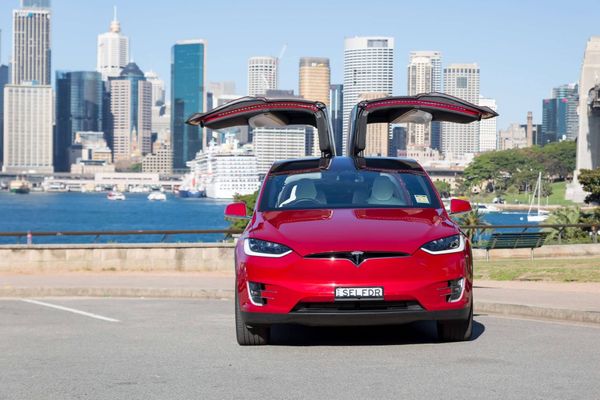 Founded in 2003, the mission of Tesla is to accelerate the use of sustainable energy around the world – one car at a time. Although any fuel-efficient vehicles are a good